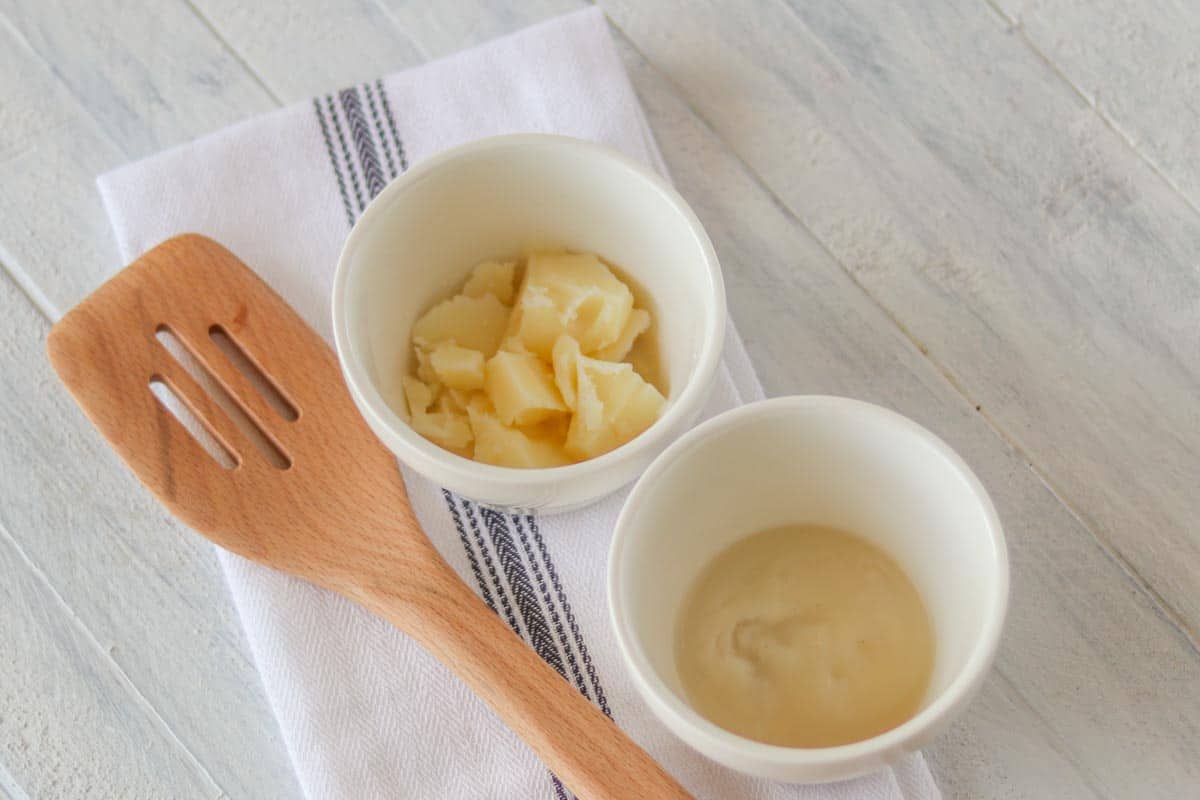 Tallow and lard are both popular, traditional fats. How are they different? Which one is better for cooking, skincare and soap making? Today I’m giving you the complete rundown on tallow vs. lard. 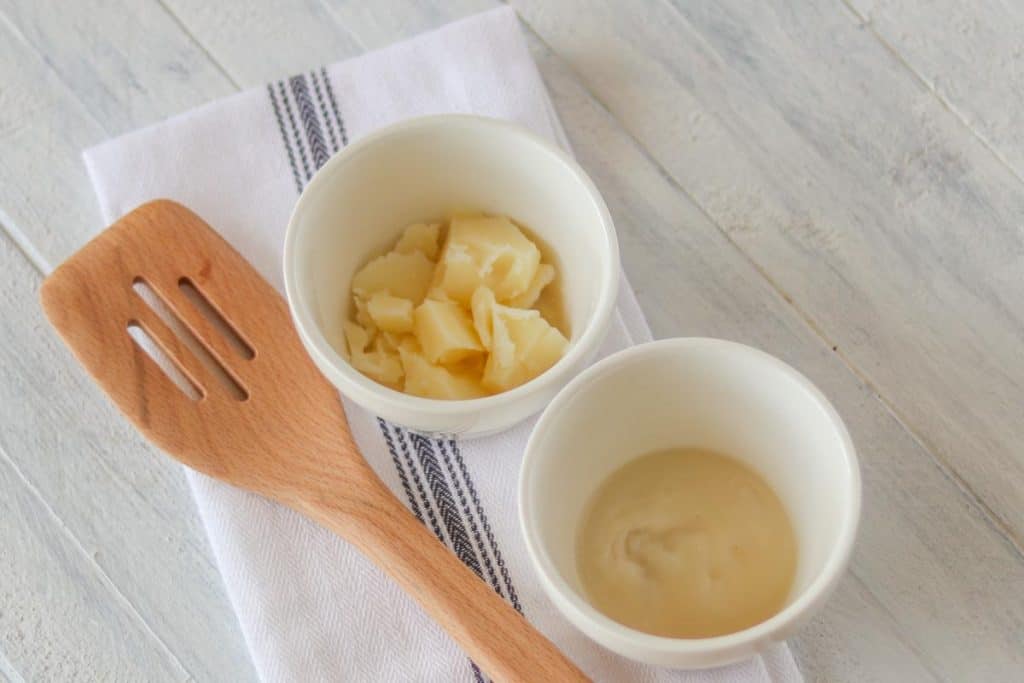 If you’re into nutrient dense cooking, it’s likely you’re a huge fan of beautiful animal fats like tallow and lard.

Tallow and lard are both rendered animal fats, but they come from different animals.

When you render beef fat, you get tallow. Tallow can also refer to rendered fat from other grazing animals, like deer, for example.

When you render pork fat, you get lard.

Pin it for later

This post contains affiliate links, which means I make a small commission at no extra cost to you. Get my full disclosure here.

How to render tallow and lard

For both tallow and lard, the process is exactly the same. It’s a pretty easy process, and it’s a great way to use every part of the animal.

Whenever you buy a half or whole beef or pig, make sure to ask for the fat!

Nope, they are different. Like I said above, tallow is from cattle and other grazing animals, while lard is from pork.

Lard comes from the skin and internal organs from inside pigs. Pigs tend to have big layers of fat beneath their skin.

Beef raised in a feedlot or fed a lot of grain usually has some fat under the skin. 100% grass fed beef typically doesn’t have much fat under the skin, but does have very nutrient dense fat around the internal organs.

In general, fat from free range pigs and 100% grass fed cattle has the highest nutrient content. Fat from feedlot beef and factory farmed pigs has a much lower nutrient content. You can read more about this here.

Difference between tallow and lard

Tallow and lard are both amazing, traditional fats. they do have some differences, and there are times when you’ll want to choose one over the over.

Lard from free range pigs has high amounts of vitamin D. Tallow from 100% grass fed cattle has a bigger variety of vitamins and other nutrients.

Lard is softer at room temperature, and tallow is more stiff.

Tallow vs. lard for cooking

Tallow tends to be more flavorful, while lard is more neutral.

Lard is great for things like pastries and baked goods, where you don’t want a meaty flavor coming through. Check out my lard pie crust recipe here.

Tallow is wonderful for frying things. I have a recipe for most delicious French fries you’ll ever eat, and you can check that out here.

Tallow vs. lard for skin

When it comes to skin care, tallow is the clear winner.

Like I explained above, lard from free range pigs is rich in vitamin D, which is great. But for skin care, you want a bigger variety of vitamins and nutrients.

Tallow contains so many wonderful vitamins and minerals that are perfect for healing and soothing skin. It is amazing for anti aging benefits, eczema, acne, diaper rash, sunburn, and so much more. I have a recipe for how to make tallow balm, which you can check out here.

Tallow or lard for soap

Both tallow and lard are great for soap making. They are stable fats that produce rich, creamy lather with nice cleansing properties. They also make for nice, hard bars that won’t melt away in the shower.

When you give the soap a nice super fatted level, like 8%, tallow and lard leave behind skin moisturizing and soothing properties as well.

I personally like to choose tallow for soap making, just because of the higher nutrient content. For more info on all the reasons why I love to add tallow to my soap recipes, check out this post on why add tallow to soap here.

I have a recipe for soap made with tallow and other oils here, a pure tallow soap recipe here, and a tallow shampoo bar recipe here.

Things you can make with tallow

What do you make with them? Share in the comments!

Join our traditional wisdom community, and grab a free natural beauty recipes eBook when you subscribe! 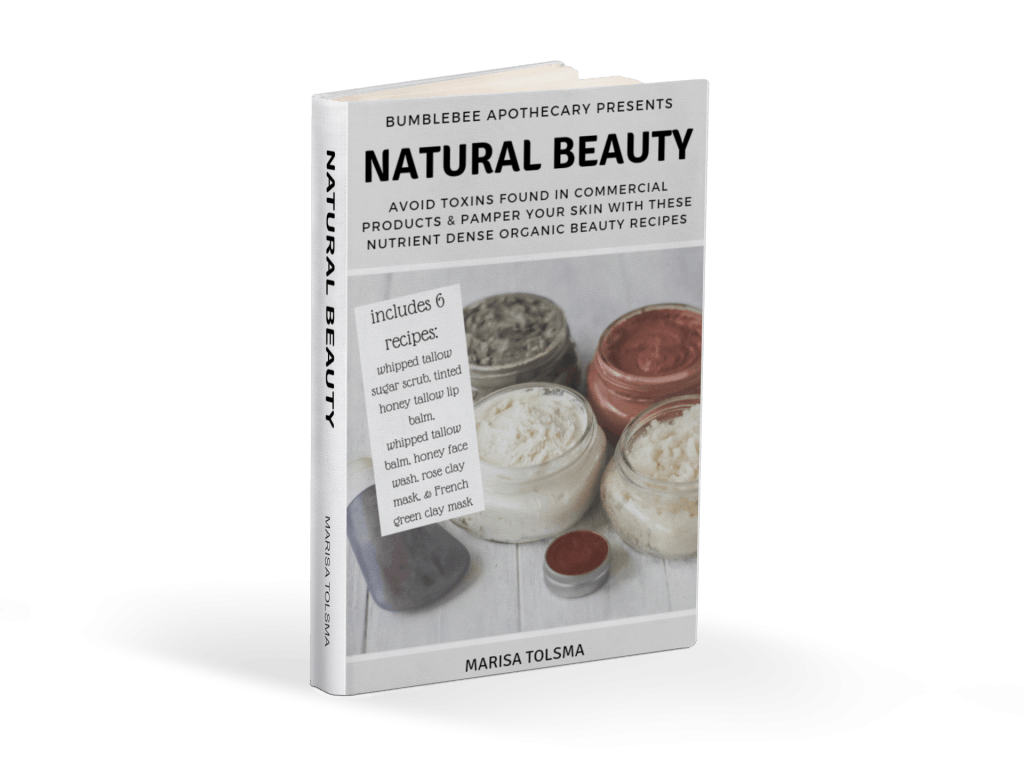 Want to pick up a handmade tallow soap or balm?

Thanks for stopping by! Be well! 🐝 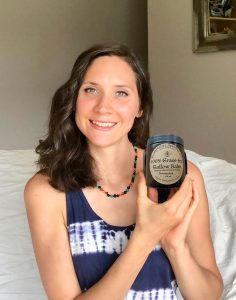 Hi! I’m Marisa. I’m a mom of 4 and a certified GAPS™ coach. Overcoming chronic health issues with diet changed my life. Follow along as I share nourishing recipes, natural remedies, and DIY skincare and home products. Read more about me here.